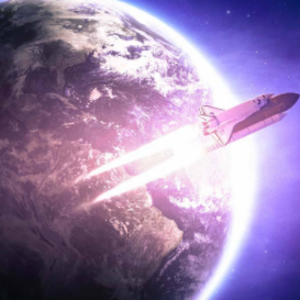 The zirconia ceramic substrate in the aerospace industry is the key

In the myths and legends of the ancients, there was a flying dream, a supplier of Slitong ceramic substrates and people have never given up on Feitianmeng. With the continuous advancement of technology, from launching satellites to manned aviation, human beings have completed their dreams step by step. Now, those aerospace technologies are more advanced and the aircraft performance is even better. So what is the role of the zirconia ceramic substrate in it?
The rocket is launched into the atmosphere and then the satellite or aircraft is launched into space. This process is driven by the rocket engine, and then the temperature of the first-stage engine turbine is above 1500 °C. At present, the maximum temperature of the high-temperature alloy and metallization is less than 1200 °C, so the zirconia ceramic can meet the requirements. In the peripheral detection sensor will also be affected, although the temperature will be reduced, but there will be a few Baidu, the general material of the circuit board will not be directly damaged, there will be performance loss, greatly affecting the sensor work. However, the zirconia ceramic substrate has high heat resistance and is not affected by the influence.
When breaking through the atmosphere, a large external friction will occur, which will affect various internal sensors, and sensors such as temperature and pressure will be most affected. Not only is there a lot of power coming from the outside, but it also generates a lot of heat. In the pressure sensor, the accuracy is very important. If the internal circuit board is damaged by external force, the pressure sensor means that it is abolished. If it is a zirconia ceramic substrate, it is substantially free from damage due to its high wear resistance and pressure resistance.
At the same time, it also contains various kinds of radiation in space. These are fatal to organic materials and can cause chemical property variations. However, ceramic materials are inorganic materials and perform well in radiation resistance and corrosion resistance. And the various sensors on the aircraft are also exposed to space, and the circuit inside is also penetrated, so using zirconia ceramics as a circuit board can extend its life. In the low temperature state of space, generally tens of degrees below zero, the basic use of heat is not available. Therefore, zirconia ceramic circuit boards are the best choice.
I believe that with its participation, in the aerospace industry, the aircraft will be able to fly higher and live longer in space!