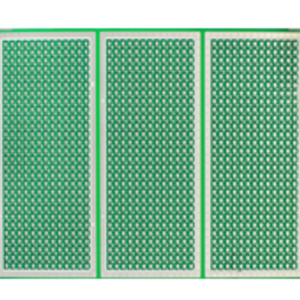 The comparison of Al PCB and Ceramic PCB

The substrate mainly play role in mechanical support and electrical interconnection protection during electronic packaging process. With the electronic packaging technology towards miniaturization, multifunction and high reliability, and high power electronic system toward the direction of development, the heat dissipation has become the primary problem. Poor heat dissipation in energy structure leads to the damage of the device and lower service life. Therefore, the choice of substrate is a vital part.

The Aln PCB is consists of a circuit layer, an insulating layer and a metal layer, its working principle is surface mount power devices in the circuit layer, generated by the device when running the heat through the insulating layer is transferred to the metal base, then the base metal will heat, realizing the heat dissipation of the device. However, most of the insulation layer of Al PCB has little or no thermal conductivity, heat can not transfer from the LED to the base metal, unable to realize the whole radiating channel. LED can easily lead to heat accumulation, leading to the failure of LED.

The traditional method is to use single or double Al PCB as a heat sink, the single or multiple chip with solid crystal glue is directly fixed on the aluminum substrate, on behalf of the LED chip two electrode P and N bonding sheet on the Al PCB surface. According to the size of the required power, the number of LED chips arranged on the base can be packaged into different high brightness high power LED. The integrated LED is encapsulated using a high refractive index material according to the shape of the optical design.

With the development of LED lighting and sensor market and the continuous expansion of the scale, the demand of Ceramic PCB also ushered in the great development. Especially the advantages of using of laser drilling technology for preparation of Ceramic PCB with a graphical high precision vertical package can realize metallic vias blind hole, large-scale production of single-sided, double-sided Ceramic PCB ,greatly improving the packaging of high power electronic devices integration.