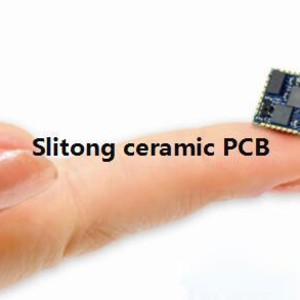 What kind of PCB does the sensor need?

According to the manufacturing process we classified:

The integrated sensor is fabricated by the standard production of the silicon - based semiconductor integrated circuit. Some of the circuits used for preliminary processing of the measured signals are also integrated on the same chip, for example, MEMS sensors that are now being developed vigorously.

The thin film sensor is formed by depositing a thin film of the corresponding sensitive material on the dielectric substrate. When using a hybrid process, a portion of the circuit can also be manufactured on this substrate.

The thick film sensor is made of the slurry of the corresponding material, coated on the ceramic substrate, which is usually made of Al2O3, and then heat treatment to make the thick film forming.

The ceramic sensor uses the standard ceramic process or some variety of process ( sol, gel, etc. ) production. After the appropriate preparatory operation, the formed elements are sintered at high temperatures.

There are many common characteristics between the two processes of thick film and ceramic sensors. in some ways, the thick film process can be considered to be a variant of the ceramic process.

The selection of the sensor is only from the aspects of sensitivity, frequency response, linear range, stability and precision, and the stability is closely related to the substrate material.The first few major manufacturing processes, from stability, are the most suitable for the non-ceramic circuit board of the sensor. The stability of ceramic materials is excellent, as long as the manufacturing technology can pass, the ceramic circuit board is undoubtedly much easier to use than other PCB.

The best manufacturing technology of the ceramic PCB is the Laser Activation Metallization technology（LAM technology）, using high energy laser beam to state the ceramic and metal ions, so that the two can have a strong combination.

However, at present domestic sensor manufacturers are mainly small and medium - sized, still many in the use of thin film technology, using the FR-4, the service life is not long,and there are some disadvantages such as poor stability, encountered a slightly worse environment, the direct strike,ect. Trying to keep up with the international standards requires a lot of effort.

4.good insulation: breakdown voltage of up to 20KV/mm;

5. the thickness of conductive layer is arbitrarily customized in 1μ m ~ 1 mm: the copper thickness can be customized, and the contribution to MEMS is not small.

7. can be high-density assembly, line / spacing resolution can reach 20μm,so as to achieve the equipment short, small, light and thin;

In addition to the above characteristics, Slitong ceramic PCB that using LAM technology have some advantages:pass also has no organic ingredients, long service life, the copper layer contains no oxide layer, can be used for a long time in a reducing atmosphere, you can even do a three-dimensional substrate, three-dimensional wiring.

In a word, the sensor still need ceramic PCB at present in developed countries has been widely used in our country at present, do not restrict the development of technology, sensor PCB upgrading, will have to see the major manufacturers, Geer, Dahua these Chinese leading  company play a leading role, manufacturers of technological innovation, in order to expand strong, sensor industry in China should catch up with the world pace.